How to select the right car seat for your child (click on the links below).

Kids & Air Bags
Air bags are standard equipment in most new cars. Combined with lap/shoulder safety belts, they have a good safety record and saved over 1800 lives nationwide by the end of 1996.

However, an air bag is not a soft, billowy pillow. To do its important job, an air bag comes out of the dash board at up to 200 miles per hour – faster than the blink of an eye. Therefore, infants in rear-facing restraints and unbelted children in the front seat are at risk of serious injury.

This risk can be eliminated. Put children in the back seat and use appropriate restraints for the size of the child. 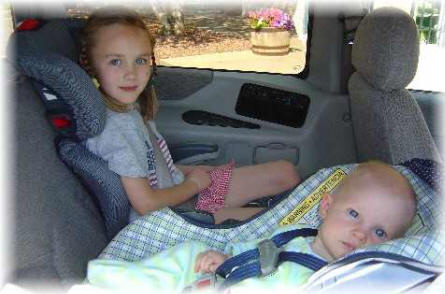